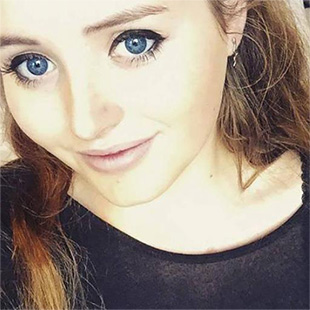 The man accused of Grace Millane's murder won't take the stand and give evidence in his own defence, the High Court has heard.

The case, which is being heard in the High Court at Auckland, is now in its third week.

Crown prosecutors allege that on the night of December 1 last year - the eve of Millane's 22nd birthday - the accused strangled the British backpacker to death in his CityLife hotel apartment in downtown Auckland.

The accused's lawyer, Ian Brookie, told the court this morning: "The defendant elects not to give evidence but as may be apparent now he elects to call evidence."

The NZ Herald brings you the latest updates from the courtroom today.

Dr Fintan Garavan gave evidence via video link from Miami in the United States this afternoon.

He is forensic pathologist and expert in the effect of drugs and alcohol on the body.

Brookie first asked the doctor about the bruising found on Millane's body.

"It's a bruise, [but] it doesn't tell me what caused it necessarily," Garavan commented on a bruise on Millane's neck.

He also said there were no signs of any defensive injuries on Millane's body.

"The fingernails are not particularly helpful," he said.

Garavan further explained - as had been evident in fatal hanging cases - that a "sharp force applied around the neck" in the right place can "stop the heart very quickly".

Millane's alcohol intake, he continued, could "very well have been a secondary factor in the cause of death".

The backpacker had several drinks on the night she died, including shots of tequila and cocktails, which Garavan said was "a significant amount of alcohol to ingest over a short amount of time".

He likened Millane's alcohol comsumption as an "iceberg that's making its way for the shipping lane".

He said it was "very likely [it] has became a very important indirect layer in causing death".

Friends of Millane give evidence for defence
12.25pm

A former sexual partner of Millane's had his statement read to the court, however, much of the detail can not be reported by media due to a suppression order.

He said during their relationship Millane talked of how she had a friend who enjoyed choking during sex.

"I got the impression that this was Grace's own interest," he said.

He said the two trusted each other and used a safe word. Millane would also tap him three times if she wanted to stop.

A friend of Millane, whose identity is suppressed, also had her statement read to the court.

She said Millane had "a type" in a man.

"Grace liked the rugby player type of look. Grace's taste rarely went away from that type."

She also mentioned Millane would use handcuffs on occasions.

She last accessed her Whiplr account on December 1 last year - the day she met the accused - from her backpackers in Auckland.

Defence lawyer Ron Mansfield continued his opening address and told the jury the Crown's prosecutors had shown no evidence of "some assault, for which we have absolutely no motive for".

He said the accused and Millane were an "otherwise happy couple, having fun, and consensual sex" on the night of December 1.

CCTV footage of the pair shows them drinking, laughing and kissing throughout the evening.

The accused claims Millane died during rough consensual sex, where she had asked him to choke and hold her neck.

There was no anger or violence, Mansfield said.

"There is an absence of any motive.

"None of the people who were occupying the room right next door heard any disturbance."

What the accused did Millane died "doesn't stand him in good stead", Mansfield said.

"People do things when they're stressed, when they're panicked," he added. "The opportunity for him to do the right thing was relatively narrow."

The lawyer said his client "panicked out of a fear of the consequence" when he disposed of Millane's body and evidence.

"Because who was going to believe him that death occurred during a consensual sexual activity?

"Nothing you do from that point on is going to look good.

Mansfield said the sexual interests of Millane would be discussed as part of the defence as the accused's had during the Crown case.

The defence case will include evidence collected by the New Zealand Police and a private investigator hired by the accused's legal team, Mansfield said.

Mansfield gave the jury an opening statement today where he talked about "blame and shame".

"Blame and shame are two concepts we learn about very early on in our childhood … it's ingrained within our society and community," he said.

Mansfield told the jury it was used as weapons by the extreme religious, political and moral conservatives in our society "to keep us within their definition of normal".

"I say their definition, because normal is a very subjective term. What is normal?"

But, he said, in the modern Western world people are more prepared to discuss things openly.

"People are far more prepared to not live within those religious, political or moral confines that were imposed on older generation such as mine or perhaps yours."

He said this extended to people's consensual sexual lives.

"When it comes to a courtroom we are interested in whether someone has committed criminal wrong. Simply stripped away, whether their conduct is unlawful … whether it's a crime."

Mansfield said: "In this trial, if we're not careful, our own religious, political, social or moral views can distract you."

The well-known lawyer said he was interested in the concept of normal.

"I suppose in this trial whether sex was normal or kinky?

Mansfield said whether the jury or others condoned certain sexual practices was irrelevant.

The accused, Mansfield continued, was "playing out his life through Tinder" where he would misrepresent his position or career which he had a tendency to continue after he met women.

"He was so insecure as to think that portraying himself in that way that women were more likely to meet up with him and engage in a relationship," Mansfield said.

He told the court this could be a "reflection of the Instagram age" where people present themselves in the best possible way even if it is a fabrication.

"In this trial, like it or not, we have no choice but to confront what happened in [the accused's] bedroom at the CityLife that night. Because that is where we know Ms Millane died. And we are here to investigate how Ms Millane died."

What to expect from the defence

After hearing evidence from 30 witnesses, the jury for the man accused of murdering Grace Millane will today learn what the defence has to say.

Brookie, the accused killer's chief of defence, has made hints he will call an expert pathology witness.

But he has otherwise kept his list of potential witnesses close to his chest as the trial enters its third week in the High Court at Auckland.

The court did not sit yesterday.

Auckland's Crown Solicitor Brian Dickey and his team of prosecutors allege that on the night of December 1 last year the accused murdered Millane in his CityLife central city apartment.

Their list of witnesses, read at the start of the trial, included Millane's father David, her best friend Ameena Ashcroft, and several forensic experts, doctors and police officers.

On Friday, Justice Simon Moore heard legal arguments between the Crown and defence - the details of which cannot be reported by media.

The alleged killer has admitted putting the British backpacker's body into a suitcase and dumping it in a shallow grave amongst some bush in Auckland's Waitākere Ranges.